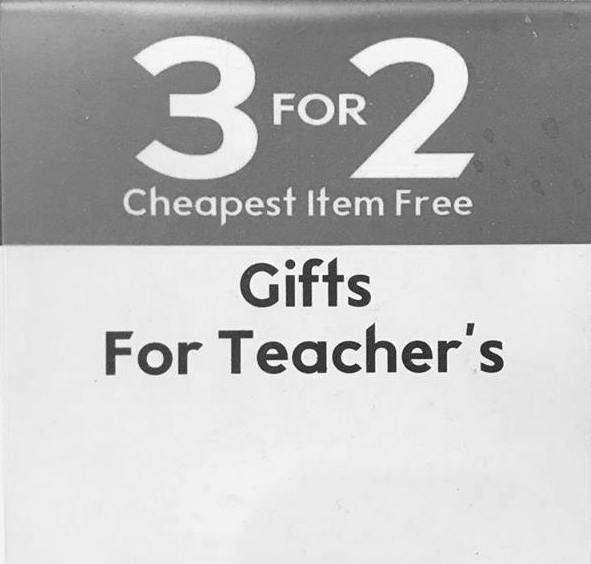 This summer a happy accident led to a post on my Facebook page going viral. I mean crazy popular.

Now the dust has settled, there are lessons to be taken from having a post reach over 275,000 people – and if anyone can benefit from my experience I’m happy to share. I’m nice like that.

Credit where it’s due

Like many of the gems I post on social media, I can’t take credit for finding this one*. People often tag me with mistakes they’ve spotted (“Hey – saw this typo and thought of you!”) It’s not the most romantic of gestures but it means I have a limitless supply of examples of bad spelling and grammar. Awesome. The most viral a post of mine has ever gone was when the sign opposite was picked up by The Poke on Twitter a couple of years back. That picked me up a good few followers, I can tell you.

When I shared the Waitrose typo, it was met with the Twitter equivalent of tumbleweed – fewer than half a dozen retweets.

Undeterred, I decided to share the typo on Facebook as shown above. It took perhaps a day to pick up momentum, then…

Did I just go viral?!

Like a ball bearing careering around a pinball machine, things quickly went a bit mental. In what I can only assume was down to a sweet spot of timing and relevance – I shared the post on what was, for many teachers, the last day of the summer term – it hit a tipping point.

People who saw the post reacted in the same way as my friends and peers when they spot a typo: they tagged teachers they knew (and let’s face it, everyone knows at least one) with a “You have got to see this!” eagerness.

Once I realised what was happening I edited the post, adding “Gold star for you if you tag a teacher who’ll appreciate this post”. It did the trick, and the momentum Just. Kept. Going.

Lesson three: keep an eye on response and tweak your posts if necessary. Add in a relevant way to encourage people to share if you can.

Scanning 600-odd comments, it seems most people were shocked it was Waitrose that made the mistake. Had it been one of the cheaper supermarkets – you know who I’m talking about – would the post have had the same impact? Maybe not.

Lesson four: the more well-respected the business, the higher the expectation that they can spell. Companies who can’t, beware.

When the post began to gain momentum I was out catching up with my social media friend and colleague, Azaria Timms.

Having chatted to her about the post over a cheeky glass of fizz, I decided to boost it to a targeted audience of teachers. It was the first time I’d promoted a Facebook post, and I’ll be honest, I expected great things – even for a lowly… cough… £6.

As it happened, the boost increased the reach by just 330 people, with one major downside: a guy I don’t know and have never worked with took such offence at my promoted post he decided to leave me a one-star rating for – in his words – spamming him. Ouch.

If you only take one thing from this article, make it this trick: when you click the list of people who’ve commented on a Facebook post, you’re given the option to invite that person to like your page. Inviting everyone who’d commented or shared the post netted me over 150 new followers in a week – compared to a previous weekly high of, err, three. Skills.

The flipside was a stroppy message from one lady who replied, “No thank you, I have no need for your services and no interest in becoming your friend”. Err, okay…

Lesson six: don’t expect everyone to understand the difference between a Facebook page and a Facebook profile. And remember – you can’t please all of the people, all of the time.

As for Waitrose – yes, I tagged them in the post, and no, they didn’t respond. Given the reach of their own posts, I’m putting their lack of comeback down to jealousy of my superior social media skills. (Jokes.)

*Credit for sharing the original post is due to my good friend and reptile guy, Steve Jack. He’s @seashaker on Twitter, in case you’re interested. Expect snakes. And spiders. Don’t say I didn’t warn you.