13 common confusables and how to get them right first time 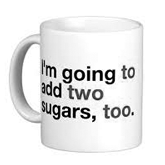 The English language contains numerous words that sound alike but have different meanings. They’re known as homophones and they’re easily confused when writing.

Here are some of the most commonly confused words, together with tips for getting them right first time. Which trips you up?

ITS describes something that belongs to IT:

“The dog chased its tail”

IT’S is a contraction of IT IS or IT HAS:

“It’s going to be sunny”

YOU’RE is always a contraction of YOU ARE:

“You’re going to be late”

YOUR describes something that belongs to you:

THEY’RE is always a contraction of THEY ARE:

“They’re going to be late”

THEIR describes something that belongs to them:

“They forgot their tickets!”

THEY’LL is a contraction of THEY WILL:

THERE’LL is a contraction of THERE WILL:

WHO’S is a contraction of WHO IS or WHO HAS:

WHOSE indicates that something belongs to someone. Try replacing it with WHO IS or WHO HAS. If it doesn’t make sense, use WHOSE:

“Whose restaurant is it?”

STATIONARY means ‘not moving’. Remember AR, as in parked car:

“The train was stationary”

STATIONERY is paper, pens and other office supplies. Remember E for envelopes:

“Please bring your own stationery”

AFFECT is a verb meaning ‘influence’ or ‘make a difference to’:

“The rain affects my hair”

EFFECT is most commonly a noun meaning ‘result’:

“The effect of the rain is wet hair”

“That top complements your eyes”

COMPLIMENT praise or a flattering remark, such as, “You have lovely eyes” (think eyes = i).

Always ‘compliments slip’ and ‘with compliments’.

WONDER means to ponder, or to be curious:

“I wonder how she got on”

WANDER means to drift around:

Except means apart from, or excluding (think EX):

PRACTICE is a noun – think ICE:

“Have you done your piano practice?” or “We refer to best practice guidelines”

PRACTISE is a verb – think IS:

“You need to practise”

PRINCIPLE is a fundamental truth or rule:

“A matter of principle”

“A man of principle”

It also indicates the infinitive part of a verb:

“I’m going to have lunch” 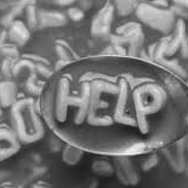 The English language is full of quirks that can trip you up – and when you’re writing for business, mistakes can cost you sales.

These simple tips will stop you falling flat on your face.

A lot, as well, thank you, no one and all sorts are all two words.

(Unless you happen to be writing about Liquorice Allsorts, which – let’s face it – is unlikely.)

Two is always a number.

It’s usually wrong to say you have two choices – you have one choice, with two (or three, or ten) alternatives.

An ellipsis is always three dots – no more, no less (and never a random number just to fill a gap).

Stop confusing you’re and your.

You’re is short for ‘you are’.

Your means belonging to you.

“You’re driving to town in your car.”

Blame pronunciation for this one. Saying could’ve, would’ve, and should’ve often leads to writing could of, would of, should of – which is wrong.

Always write could have, would have, should have.